The Best Direction For Solar Panels to Face

If you’re looking for a quick answer: South-facing solar panels are the best option for the vast majority of homeowners. ‍However, if you want to understand a bit more about solar panel orientation (direction), then read on. Lifestyle Solar will explain:‍Why south is best solar panel direction in most casesThe one case where south isn’t bestThe impact of not having a southern-facing roof‍...and more!‍
Going Solar
June 1, 2021 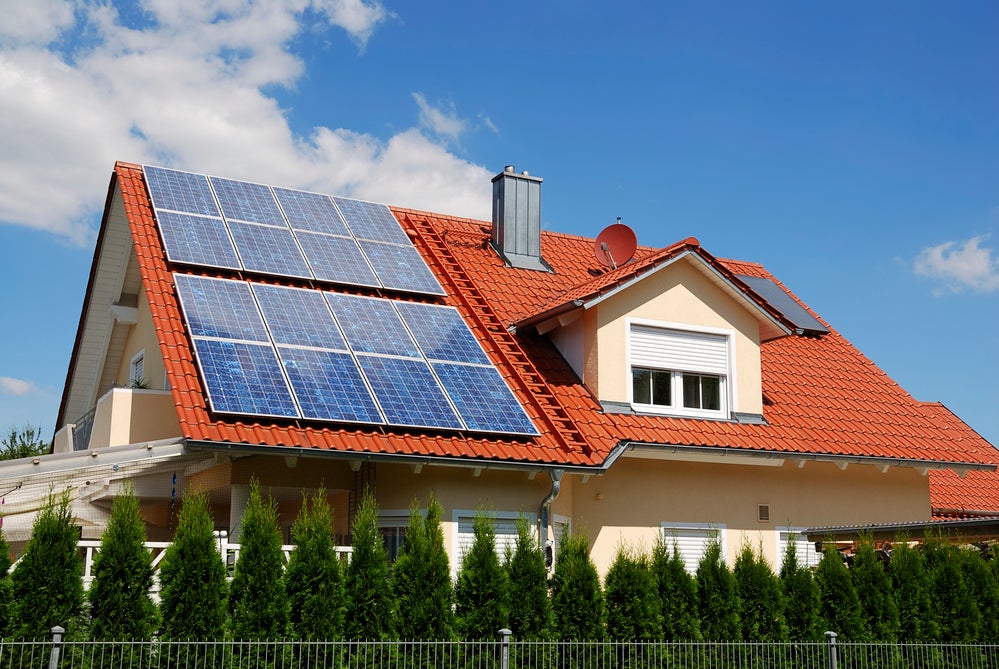 If you’re looking for a quick answer: South-facing solar panels are the best option for the vast majority of homeowners.

However, if you want to understand a bit more about solar panel orientation (direction), then read on. Lifestyle Solar will explain:

Here is a summary of the best solar panel direction for every use case.

South is the best direction for solar panels to face overall. In nearly all cases, homeowners will achieve the highest electric bill savings and a quickest payback period by facing their solar panels south over any other direction.

We explore each of these reasons in more detail below.

In the Northern Hemisphere, where the United States is located, solar panels will achieve maximum possible electricity production when they are facing south.

That’s because, on average, the sun shines directly over the Equator over the year. If you’re north of the Equator, facing south towards it will maximize exposure to sunlight. In fact, in all regions north of the Tropic of Cancer (23.4°N Latitude) - which includes the entire mainland U.S. - the Sun moves across the southern half of the sky all year round.

In other words, solar panels oriented south in the United States will face the sun all year long.

South is best for homes with net metering

If you’re in a location where full retail (1:1) net metering is available, the best direction for your solar panels is south.

That’s because if 1:1 net metering is available, your priority should be to most efficiently achieve your desired level of solar output, with no regard to when that power is produced.

Let me explain. Solar panels facing south produce the most power overall, but they also produce most of it during midday. Midday is when your consumption is typically at its lowest, so there will be lots of surplus power produced. With net metering, surplus power is actually a good thing: you can export that electricity to the grid in return for bill credits equal to the full retail value.

In other words, if you’re in a location with 1:1 net metering, it won’t matter when you’re producing solar power. Instead, you’ll want a solar power setup that produces 100% of your electricity usage at the minimum possible cost; this can be achieved by orienting your solar panels south.

South is best with battery systems

That's because if you have a battery system, your goal is to produce as much power as possible over the day. Facing your panels south should allow you to meet your daytime needs and, crucially, generate lots of surplus power to charge up your battery. You can then use your battery to meet your power needs at peak times, overnight and during grid outages.

The combination of south-facing solar panels with a battery solution allows you to maximize your energy self-consumption. This means reduced reliance on the grid, or even the ability to go off the grid entirely.

South to south-west is best for TOU rates

Orienting your solar panels between south and southwest is best if your utility uses Time of Use (TOU) billing.

Where TOU billing is in place, utilities tend to charge a higher rate for electricity later in the day, meaning a ‘peak rate’, from 4pm onwards. Because grid electricity is more expensive at peak rates, your solar power generation is also more valuable at that time.

Since solar panels facing south-west receive more light from the setting sun, they produce more power in the latter half of the day. However, this comes at a trade-off: lower overall solar production for the day.

Solar software designer Aurora Solar performed an analysis of optimal orientations based on different TOU rates offered in California. In all cases analyzed, the best direction was somewhere between south and south-west. The location that came closest to south-west was San Diego Gas & Electric’s TOU-DR-SES, which has a very high peak price but lower off-peak rates.

A solar installer can analyze your roof and tell you the optimal orientation for you given TOU rates in your area.

Meanwhile, if you want to see cost and savings for going solar with the roof you currently have - after taking into account utility rates at your location - enter your address below for an estimate.

How much does solar panel direction affect output?

In the U.S., orienting solar panels true south (azimuth of 180 degrees solar noon) will result in maximum output. Face them any other direction, and you can expect to see a fall in solar panel output.

North, south, east or west, which direction do you like the best? When it comes to solar panels, the answer is definitely south. The graphic shows ballpark figures for the output losses experienced by pointing your panels in a direction other than south.

Solar panels installed on a roof facing southwest or southeast will generally produce about 8% less power than the same panels in the same climate on a south-facing roof.

Panels on a standard pitch roof facing north - that is, away from the sun - will produce roughly 30% less than panels facing south.

Turning solar panels away from the true south will generally result in output losses of less than 30%, but in some extreme cases losses of close to 60% may be seen.

The precise drop in energy production is determined by three factors:

To state the obvious, the greater the turn away from south, the bigger the loss in energy production. So a turn to the south-west will see a small drop, turning west will see a moderate drop, and turning north will see the biggest drop.

When it comes to latitude, the further north you are, the bigger the fall in energy production when you turn away from south. All else equal, solar panels in Seattle, WA will see a much bigger output drop in non-south alignment than a home in Miami, FL.

As for roof pitch, the steeper your roof, the greater the output drop for non-south facing solar panels. For instance, in Charlotte, NC a roof with a pitch of 2/12 (9.5*) would see a 16% loss by turning their solar panels from south to north; a roof in the same location with a steeper pitch - 4/12 (18.4) - would see a much larger drop of 29%.

What if your roof doesn't face south?

Barring a couple of exceptions outlined above, your rooftop solar energy system should ideally be facing south for maximum efficiency. Of course, this isn’t always possible: many homeowners don’t have roofs that face in that direction!

The good news is that this is not a dealbreaker. There are plenty of homeowners without south-facing roofs, who have solar panels installed and are enjoying huge savings on their electric bills.

Here are some workarounds for homeowners who don’t have south-facing roofs:

You can compensate for the decreased level of sunlight by installing more solar panels. In a solar panel installation, the solar panels themselves only account for a small proportion of costs; you should be able to add a few extra panels without pushing up costs too much.

This is the option that most homeowners choose when they don’t have a roof section that faces south.

Install a solar array on the ground

You can also install a ground-mounted solar power system in your yard. This is less expensive than creating racks on your roof or hanging them on a wall, but it does require a lot of yard space.

One of the best aspects of ground-mounted solar panels is easy maintenance. You can brush leaves or snow off of them without having to climb onto your roof.

Solar panel tracking systems can improve a system’s output by ensuring constant, direct exposure to the sun, both during the day and across seasons. Axis trackers generate more electricity by using about the same amount of space as fixed systems.

If your budget allows, consider solar panel tracking systems. They can improve a system’s output by ensuring constant, direct exposure to the sun, both during the day and across seasons. Axis trackers generate more electricity by using about the same amount of space as fixed systems.

However, it’s important to note that solar trackers are expensive. While a standard 4 kW fixed solar panel system costs about $11,400 ($2.85/watt) after incentives, a single-axis tracking system that can produce the same amount of power - such as the Smartflower - is $20,000, or almost double that.

Now that you know everything about the best direction for solar panels. Ready for solar? Contact Lifestyle Solar now to install solar panels in Fresno, CA and nearby. Our experts are always ready to answer further questions from our dear customer.