Can You Add Batteries to Your Existing Solar System? 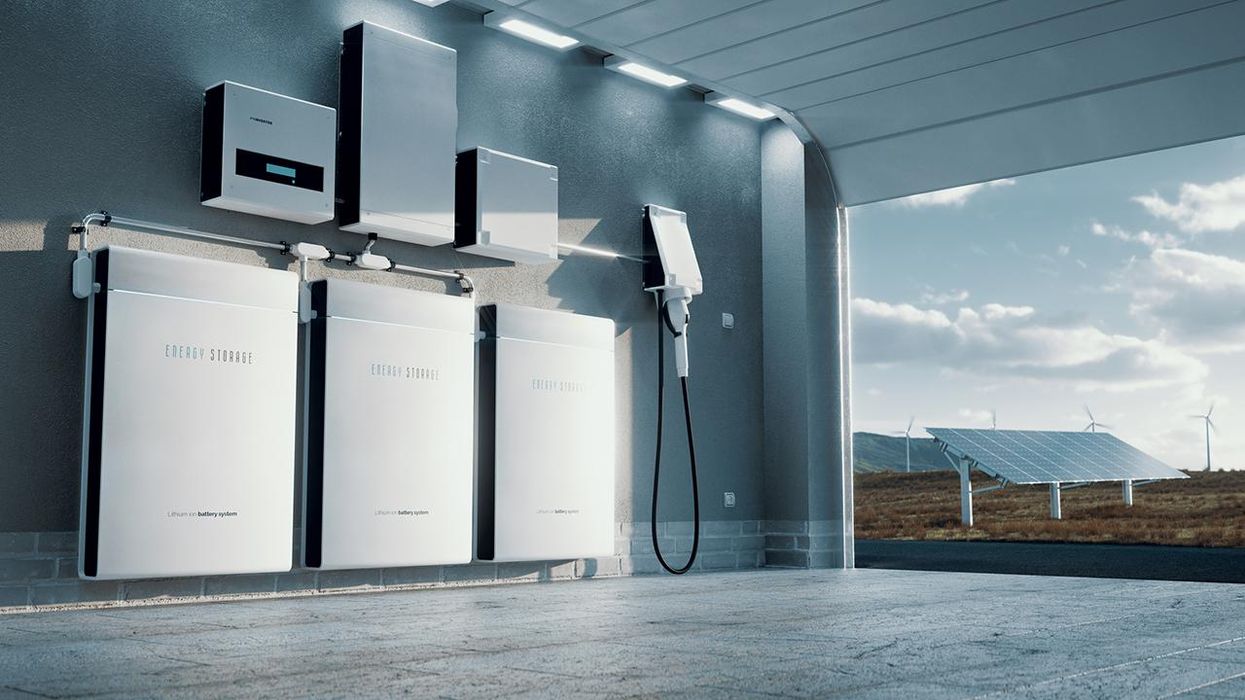 For years, batteries have been a way to store excess power for solar systems. But until recently, due to their high cost and low efficiencies, they only made sense for a few, mostly off-grid solar systems. However, as battery prices continue to decline and batteries themselves become more and more effective, they are growing into a viable option for many grid-tied solar systems as well.

If you installed your system a few years ago, batteries may not have made sense. But as the market changes and technology advances, you may find yourself wishing you could take advantage of energy storage.

How Do Solar Batteries Work?

Before we get into your options for adding batteries onto your system, we want to quickly go over how batteries work.

If you install a battery, here’s where it would come in. When you’re using more electricity than your solar system is producing, you can draw on energy stored in a battery, instead of drawing it from the grid.

Adding a Battery to Your Existing Solar System

In most cases, adding a battery to an existing grid-tied solar system is possible, however, the level of difficulty is dependent on whether or not your system was designed with the intention to do so. Here are the ways to install a battery in your existing solar system.

Best-case scenario, you knew you’d eventually want to install batteries and planned for it when having your system installed.  Maybe you were waiting for prices to drop or wanted to keep the upfront investment during installation as low as possible. Either way, you prepared yourself for the future.  Your inverter is ready for the installation of a battery when it makes financial sense to you. This is the cheapest and easiest option, requiring less labor and materials than the other two options.

If you did not install a storage-ready system, there are two main ways to integrate your battery into your system – DC Coupled and AC Coupled.

With a DC Coupled System, your inverter will be replaced by one that works with a battery and a solar system. These are known as hybrid inverters. DC power produced by your solar panels is used to charge the battery. From there, the power is passed through the hybrid inverter, which converts the power into AC electricity. Then, the AC power can be either used in your home or business or go to the grid.

If you go this route, your system will lose less of the energy produced by your panels during the conversion process. This is because power is only going from DC to AC, whereas in an AC Coupled System (explained next), all energy stored in the battery goes from AC to DC (to charge the battery) and back to AC again. However, this option will likely cost more upfront due to the cost of the inverter and more involved labor.

DC Coupling could be a great option for you if you’ve had your solar system for some time and your inverter is approaching the end of its expected life. Most string inverters last fifteen years, so replacing your inverter a little earlier with one that works with a battery could be to your benefit.

The next option, an AC Coupled System, uses your traditional inverter in addition to a second inverter, or a “storage inverter,” that charges the battery. DC power produced by your panels goes to the inverter and is converted to AC power as it always has. From there, the inverter sends it to your building if you’re using electricity, to your battery if you’re producing more electricity than you’re using, or to the grid if your battery is fully charged.

Typically easier to install, AC Coupling offers flexibility in terms of location, works with a variety of inverters, and is likely to be a lower-cost option.  However, it is slightly less efficient. Electricity stored on the grid and used in your home is AC, but batteries store DC power. For the battery to provide power you can use in your home or business, it must then be converted to AC power. This extra step causes more energy to be lost compared to DC Coupling.

Does Installing Batteries Make Sense for You?

One benefit of installing batteries is your ability to access electricity when there is a power outage in your area. Though this could be an important benefit to you, there are a few other things to consider when deciding whether or not adding batteries to your solar system is the right choice.

Some utilities charge time-of-use (TOU) rates.  These rates fluctuate depending on the time of day.  When electricity demand is higher (often in the afternoon and early evening), you pay more per kWh than what you would when fewer people are using electricity (like at 3 a.m.). If you have batteries on your solar system, you can help avoid paying these increased rates by drawing on the stored energy in your batteries.

Similarly, demand charges are fees levied on the customer based on the period they use the most electricity or their usage during a peak period. It is based on the highest amount of power reached during a specific time interval. That fee is added to the customers’ bill. These are typically associated with commercial and industrial facilities, not residences.

These extra costs can add up, and a battery can help mitigate these fees. By drawing on power stored in your battery during times of high demand, you can reduce these extra fees.

However, if you don’t have these fees, you may want to rethink if it’s a worthwhile investment. While decreasing your reliance on the grid may seem attractive, net metering is a cost-effective way to access power when your solar system isn’t producing. To find out your state’s policy on net metering, check out the Policy Overview from the National Conference of State Legislatures.

Though batteries are quickly coming down in price, a cheaper option for a backup energy source is a generator. Generators of various brands and models can be purchased at your local hardware store and can be transported to various locations. However, they are limited by the amount of fuel you can store and transport. For more on the comparison of batteries and generators, check out this blog.

Most generators can also be transported and used at your location of choice. This makes it easy to supply power wherever you need it. You’re just limited to the amount of fuel you’re able to store and transport.

There are many things to consider when deciding if adding a battery to your existing solar system is right for you. Feel free to contact us - Lifestyle Energy - for further information.