9 Ways Solar Could Save the World

Countries around the globe are turning to solar energy to reduce their impact on the planet.Solar energy is a clean low-carbon alternative to burning fossil fuels that can reduce a country’s carbon footprint. Many countries have seen the potential solar has to offer and have come up with creative ways to adopt solar technology.We take a look at some of the inventive ways countries are using solar energy.
Going Solar
June 1, 2021 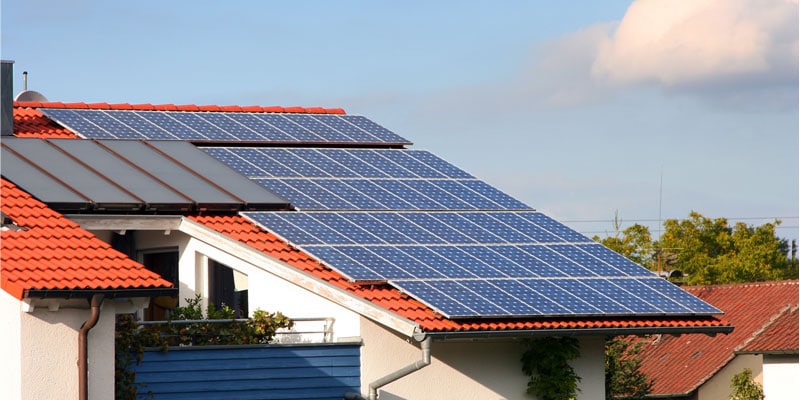 9 ways solar is being used around the world

Many countries are turning to solar energy to lessen their impact on the planet. And in their own unique ways too.

In Australia, development has begun on a small-scale hydrogen system that can power individual homes using solar energy.

The Lavo Hydrogen Battery System connects with solar panels to generate green hydrogen. Hydrogen which can then be used to power a home. The LAVO can keep the average Australian home powered for as long as 2 days thanks to storing up to 40 kWh of energy.

The country of Bhutan is carbon-negative. Meaning that it removes more greenhouse gasses from the atmosphere than it emits.

A big part of this is thanks to hydropower providing all electricity on the national grid. But this renewable electricity isn't accessible to around 4,000 homes in rural areas of Bhutan.

So, this sparked a community project known as Solar Warriors. Through the scheme, solar panels are installed on the roofs of homes which provide electricity to the community. Plus, local women are trained with the skills to install and maintain the panels.

China is developing solar panel roads, windows, and phone screens, as well as solar panels that can be charged by the friction of falling raindrops.

The Gujarat region of India is covering its canals with solar panels to save land, water and carbon emissions.

Morocco is home to the world's largest concentrated solar facility which will help the country reach its goal of 52% renewable energy mix by 2030.

Spain's government has committed to installing at least 3,000 megawatts of wind and solar power capacity every year over ten years.

The Moss Landing Power Plant in California, USA, was a natural gas-fired generator. But it's being converted to the world’s largest battery, storing excess solar and wind energy.

The European Space Agency is researching space-based solar power stations that could orbit the Sun. In their position above the atmosphere, they will receive more sunlight and produce more energy than those on land.

Do your bit for the planet (and your energy bills)

Solar panels are not only a great way to shrink your carbon footprint. They can also help to cut your energy bills too.

A solar PV system can slash your electricity bills while solar thermal panels can take care of heating hot water in a cylinder. Most homes go for one or the other but it is possible to have both fitted.

So after having new solar panels installed, you won't need to rely on your Plus, after investing in solar panels, you won't be needing so much electricity from your supplier. So expect your energy bills to drop.

You could even take your energy savings further by storing solar energy in a solar battery.

If your heating system includes a hot water cylinder then you may want to consider solar thermal panels.

A cylinder stores and heats hot water before it goes to taps, baths and showers. You'll have one if your home is heated by a system or regular boiler – not a combi.

A solar water heating system isn't a replacement for your boiler or immersion heater. They can typically meet between 40% and 70% of the average home's demand for hot water.