In the 2010s, solar energy transformed from an expensive option for forward-thinkers into an incredibly valuable investment for a large portion of American businesses, homeowners, and farmers. In this last decade, solar installations grew an average of 48% each year.As solar energy continues to increase in popularity, popping up on roofs and in yards of homes and businesses near you, it’s important to know more about this alternative energy source. Here are five solar energy facts that may surprise you.
Going Solar
June 1, 2021 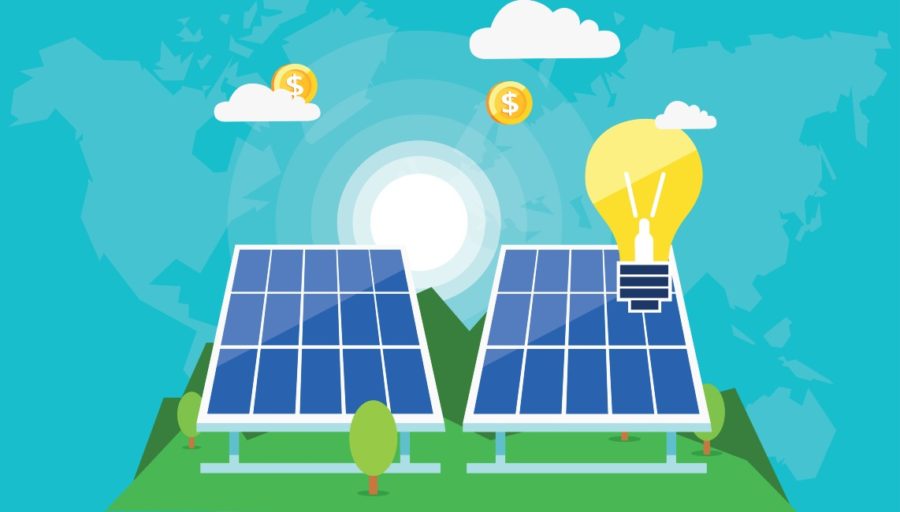 In the 2010s, solar energy transformed from an expensive option for forward-thinkers into an incredibly valuable investment for a large portion of American businesses, homeowners, and farmers. In this last decade, solar installations grew an average of 48% each year.

As solar energy continues to increase in popularity, popping up on roofs and in yards of homes and businesses near you, it’s important to know more about this alternative energy source.

Here are five solar energy facts that may surprise you.

1. Solar Panels Can Last for Decades

Like roofs and HVAC systems, nothing we buy for our buildings and homes will last forever. The same thing goes for a solar system; however, the amount of time solar panels last often surprises many people.

While the typical panel manufacturer guarantees their panels for 20 - 25 years, that doesn’t mean your system will stop producing free electricity after a couple of decades. Solar panels can go on to churn out clean energy beyond thirty, even forty years.

The longer your solar panels last, the longer they will produce free electricity, and the more money you will save.

2. Solar Energy Works in Many Climates - Not Just Sunny Ones

States like California and Arizona top the list of solar energy producers. And it makes sense. Solar panels need sunlight to generate electricity, and these states get a great deal of sunny weather.

But sunny states aren’t the only places where solar energy can have a huge economic and environmental impact. Even systems in the cloudiest of areas, like Washington, can generate enough free electricity to be beneficial to their owners.

And in the case of upstate New York, one of the cloudiest regions in the country with some cities getting just 52 sunny days each year, generous incentives and high electricity rates make it arguably among the best places to go solar in the country.

Humankind may have first harnessed the power of the sun’s energy as early as the 7th century BC, using magnifying glasses to start fires. Fast forward 27 centuries later, and in 1954 Bell Labs created the first PV solar cell that was able to power everyday electrical equipment.

In a few decades, solar technology has made leaps and bounds in efficiency, reliability, and durability. By the early 2000s, forward-thinking businesses and homeowners began installing solar panels. By the 2010s, solar installations increased rapidly and entered the mainstream. In 2019, 40% of the new electricity capacity added to the nation’s electric grid came from solar energy.

Over the past decades, the thousands of solar systems installed in America have proven their reliability. Big businesses like Amazon and Target saw the cost-saving and environmental benefits of solar energy, and now increasingly depend on solar energy to power their businesses.

And with a grid-tied system, you’ll essentially always have electricity (as long as the grid doesn’t go down).

Even though solar panels are an extremely safe and dependable source of energy and can potentially provide 100% of your home, business, or farm’s electricity, grid-tied solar systems add another level of security - and also help you save money.

Grid-tied solar systems are connected to the electric grid, as opposed to off-grid systems which are totally dependent on the grid. While both offer pros and cons, grid-tied systems are often the most practical choice for many.

This is because your solar system only produces electricity when enough of the sun’s energy reaches the panels. If it’s nighttime or a thick layer of clouds blocks the light, your system won’t produce energy. Off-grid systems depend on energy storage solutions like batteries, which can get expensive.

Grid-tied systems, however, are able to store their excess energy generated during sunny weather on the grid for free, so long as your state supports net metering. Grid-tied systems are backed by the electric grid, which means your home or business will never have to worry about being without power. And in the event the power grid would go down, a battery backup system is a great option for an added layer of security.

4. Installing Solar Isn't Free, but It Can Save You a Lot of Money

You may have heard from advertisements, friends, or acquaintances that they went solar for free. The truth is, that likely isn’t the case.

Solar energy costs money to install, at least if you want to own your own system as opposed to leasing it. While opting for a solar lease means you won’t pay any money upfront for the system, you’ll still be paying the leasing company for electricity each month. You also won’t benefit from any of the tax-saving incentives that come with owning a system.

If you opt for ownership, even with generous federal, and local incentives, going solar will likely still require an upfront investment.

However, once that investment does pay for itself, you’ll be left with the means to produce electricity for your home, business, or farm that is entirely free. From front-loaded payback incentives like the Solar Investment Tax Credit and accelerated depreciation for businesses, you can earn back a significant portion of the solar investment in year one.

The amount of money solar will save you over the lifetime of the system varies, depending on factors such as how much energy you use, how much your electricity costs, and what kind of incentives are available in your area. However, over the 30+ years of your system’s lifespan, this can be a good bit of money.

5. Higher ROIs and Quicker Paybacks Than Most Expect

When it comes down to it, two of the most important numbers associated with a solar system are its ROI and its payback. These factors will help inform you whether or not the money you’re investing will pay off in the long run.

These two numbers will vary significantly depending on many factors, such as how much energy you use, what your local electricity rates are, and what incentives are available to you. But on average, these numbers can be higher than what people expect.

Because businesses and farms tend to use more electricity compared to homes, commercial and agricultural systems typically have more to save, meaning their paybacks are shorter and their ROIs higher.

Let’s compare that ROI to the stock market. Studies have found average annual returns on S&P 500 stocks are about 10%. However, we all know how volatile the market can be, and you can easily find your returns quite a bit below average. Since 1998, returns have ranged from a high of 25% to a low of -38.5%.

Investing in stocks takes some skill, a little bit of intuition, and a lot of luck. Your return on solar is dependent on the sun shining and your continued use of electricity. We like those chances much better.

And if you install solar with paradise Energy, you’ll get our Triple Ten Guarantee, which guarantees your estimated production for the first ten years, removing a substantial amount of risk in your solar investment.

Additionally, the systems’ paybacks were 8.1 and 8.2 years for agricultural solar and commercial solar respectively. That leaves at least 22 years left in the expected lifespan of the solar system to produce free, clean energy.

If you’re a homeowner, you’ll likely see ROIs a little lower and paybacks a little longer, but all in all solar can still be a very profitable investment for your home, especially if you use a lot of electricity or you live in a state with good incentives.

For homeowners, business owners, and farmers across the country, investing in their own solar energy system doesn’t have to be a complex, time-consuming process. Just three main steps stand between you and cost- and emission-free energy: reaching out to experienced solar installers to request a quote, evaluating those quotes, and selecting a company that will take care of all the paperwork and installation work.

Now are you ready for solar? Call Lifestyle Solar at 1 559 228 0229 or go to our website for further information. We offer solar installer service in Fresno and within 70 miles from Fresno, CA.